Design a mobile app for concert attendees, a simple dashboard for controlling the apps and a ticket purchase webpages. The main focus was on the mobile app, it would allow people to purchase and store event tickets, view news, schedule and information about participating bands.

The app is roughly divided into five sections with the main navigation at the bottom for easier one-handed use. Tickets purchase and storage is partially handled by the apps and given a central tab for quick access. A single app can also store tickets for multiple people so it is easier if they are in a group. 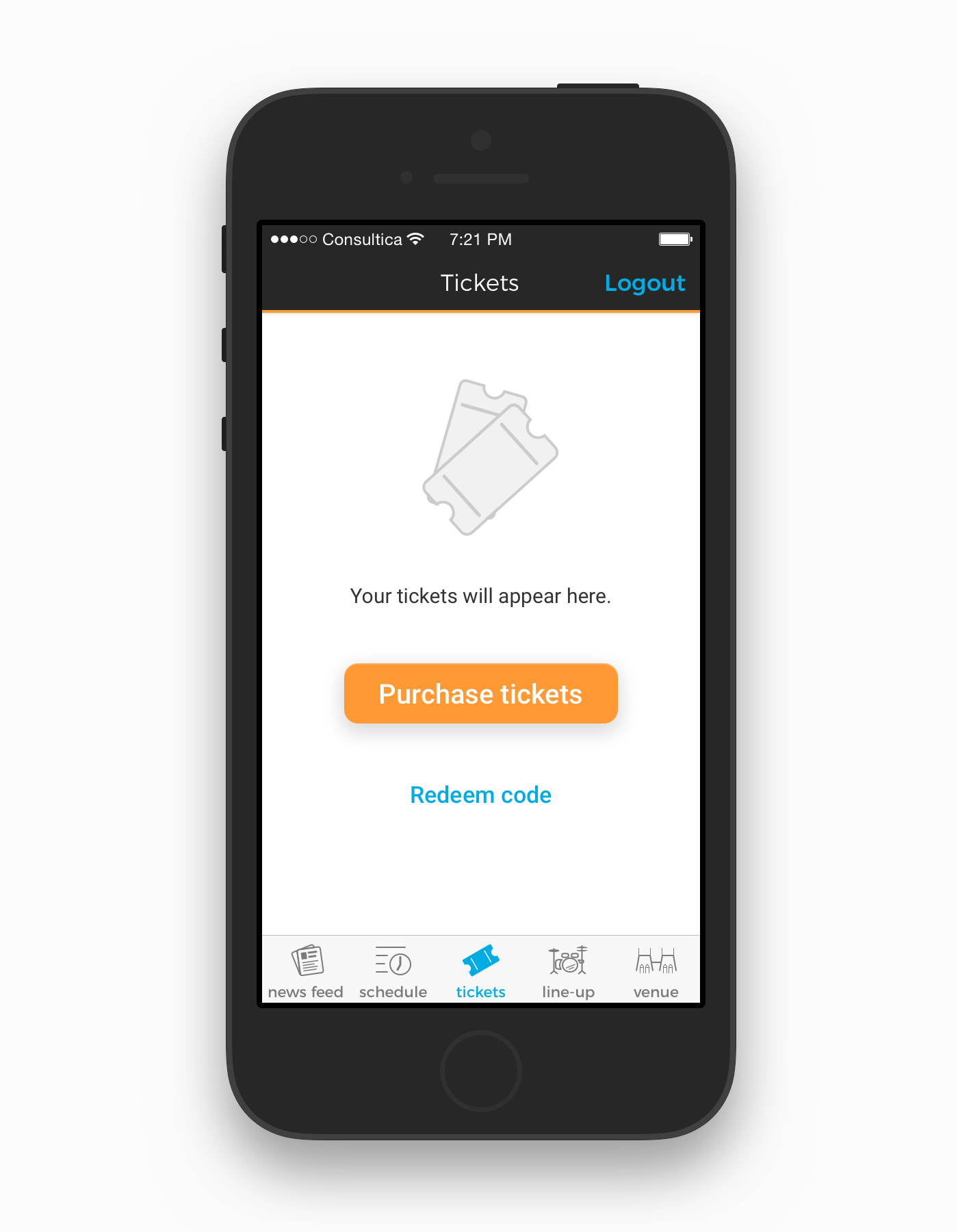 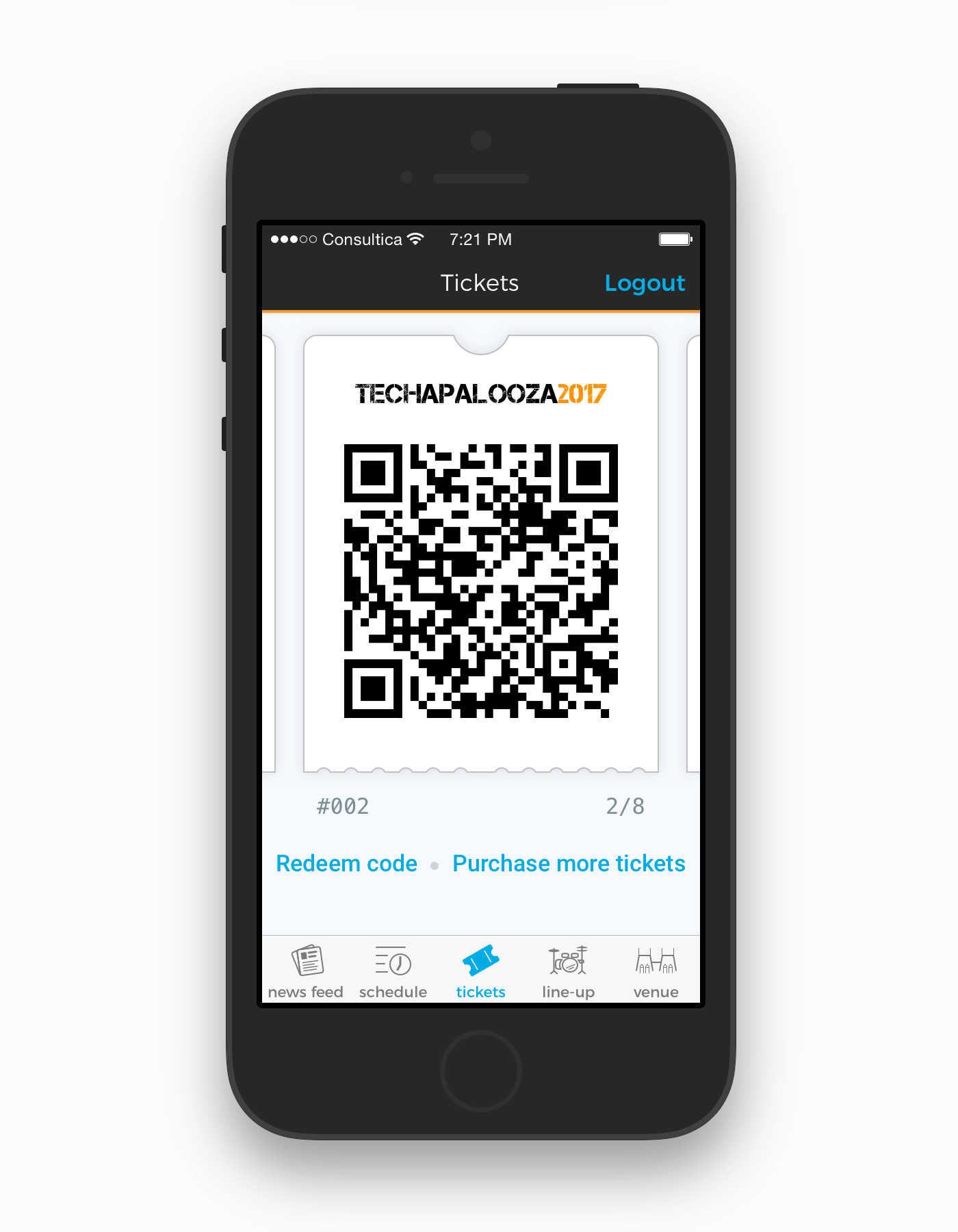 For a brief period at the start of the event when the app is launched it will intentionally open tickets screen regardless on what screen the user was before. 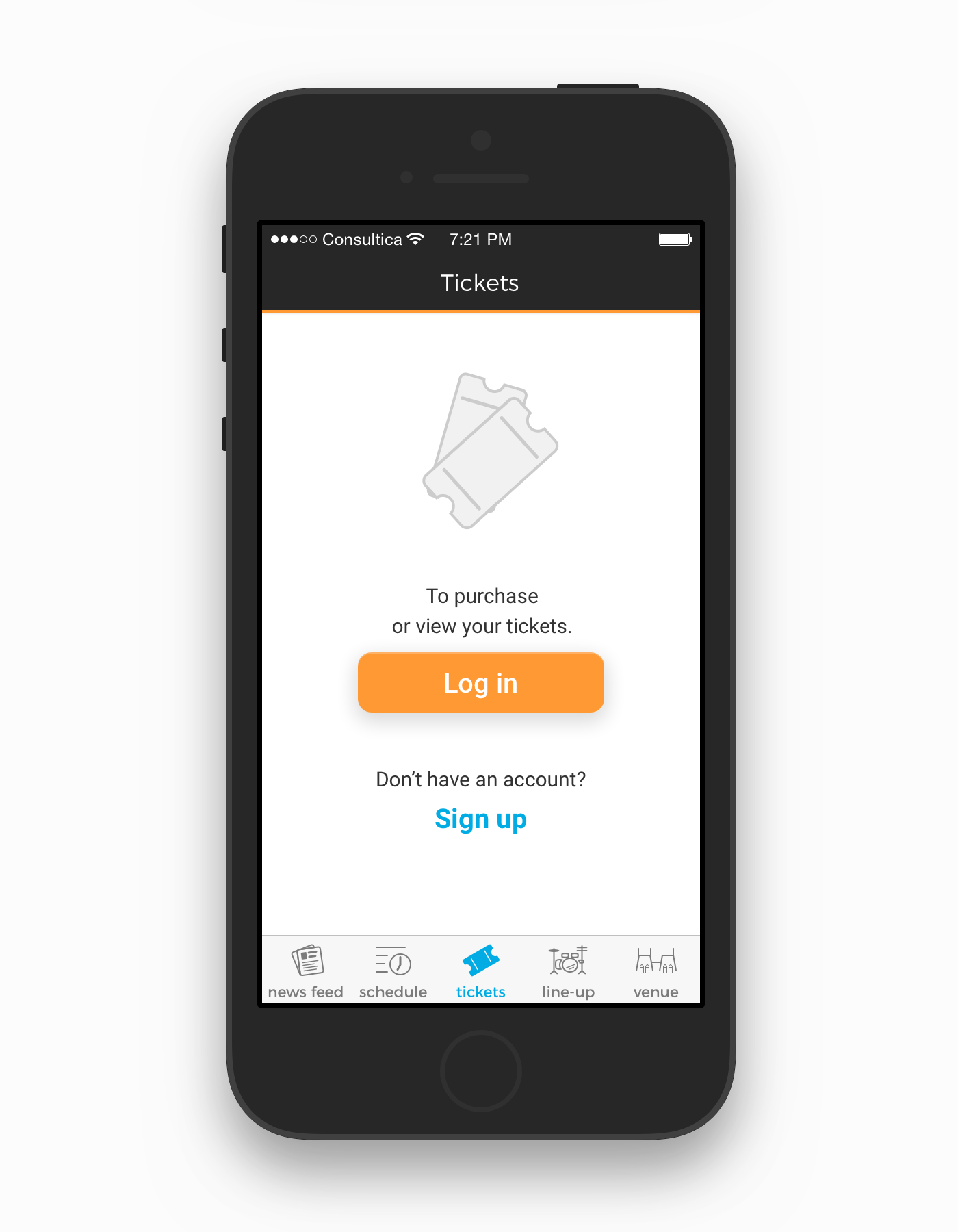 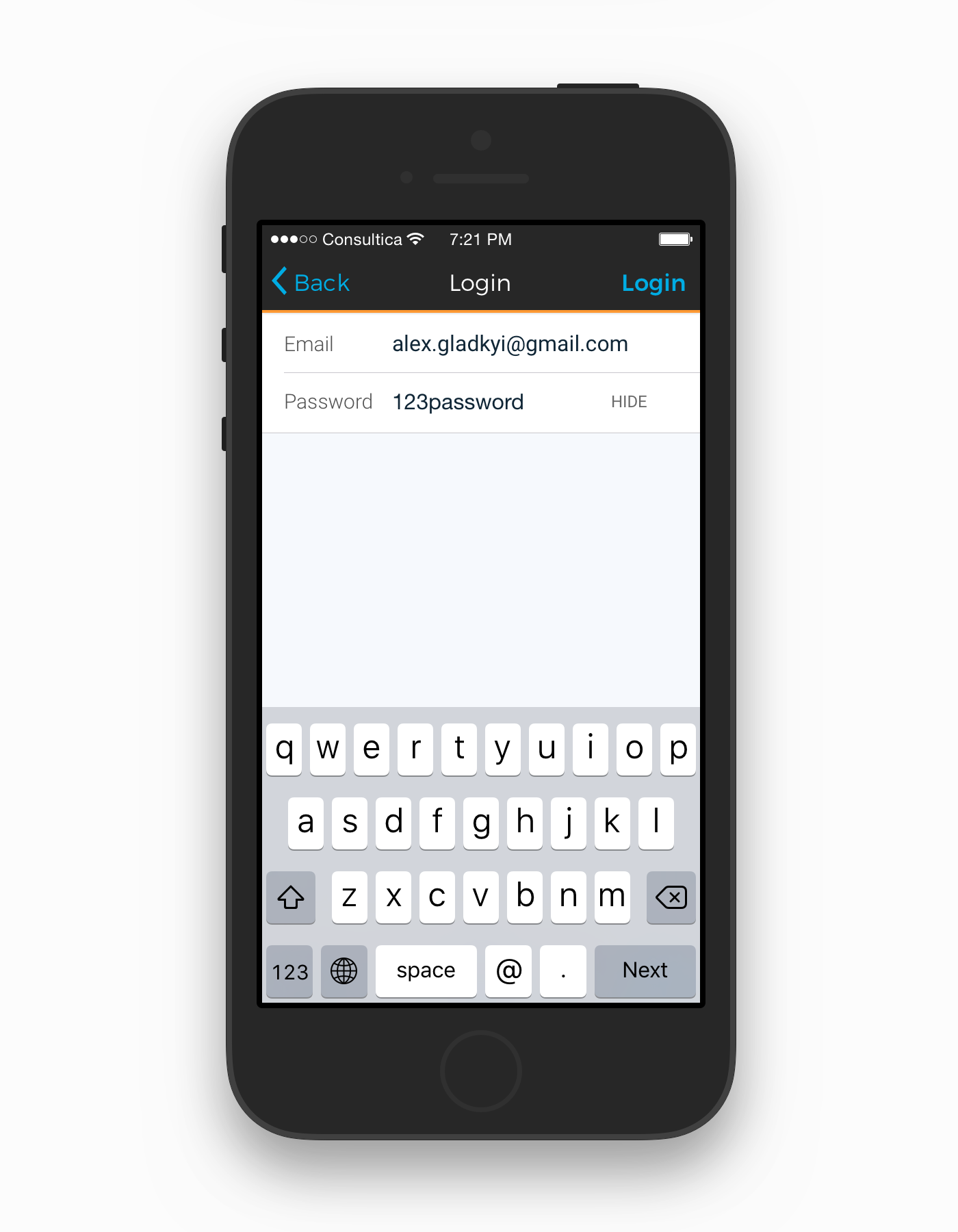 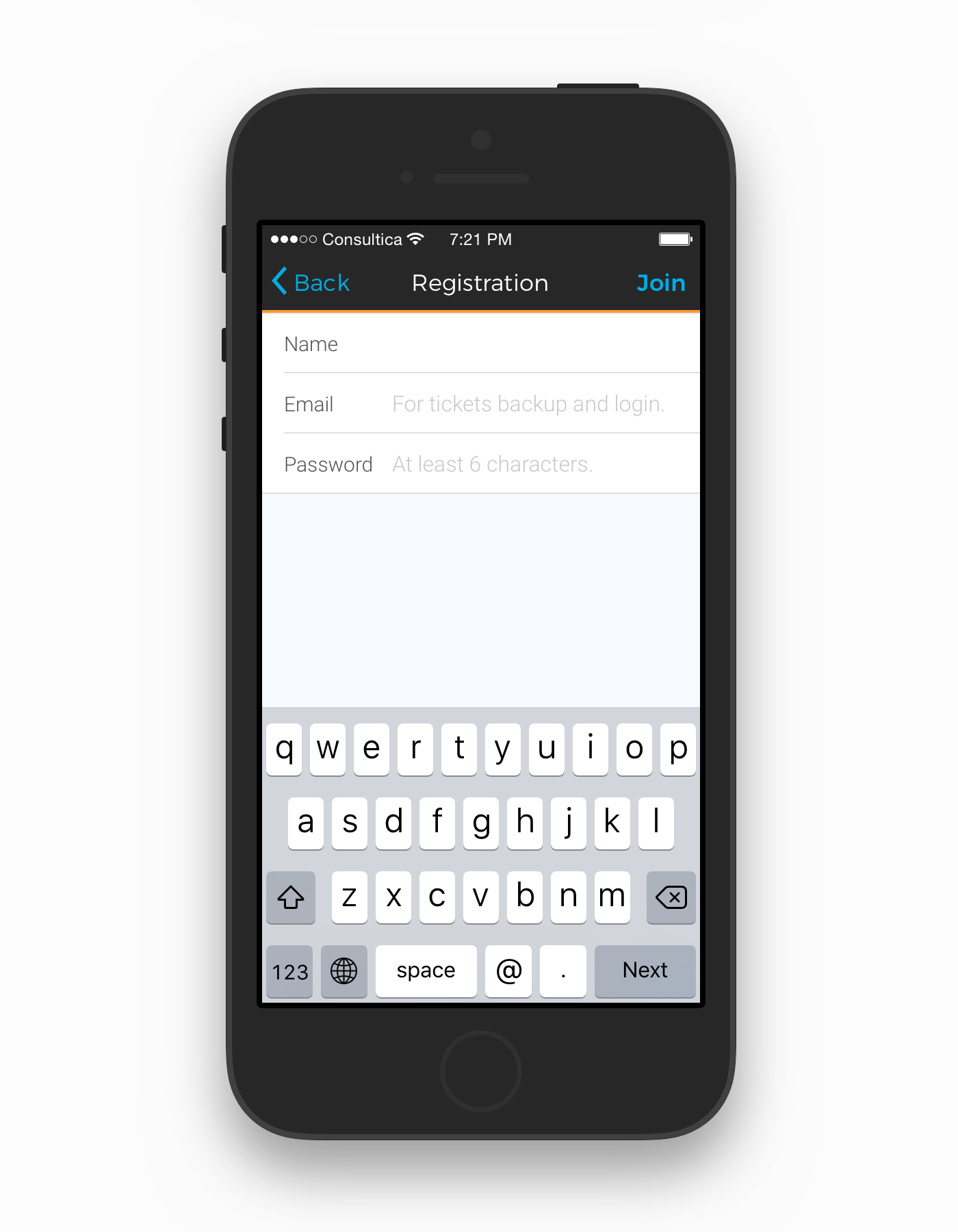 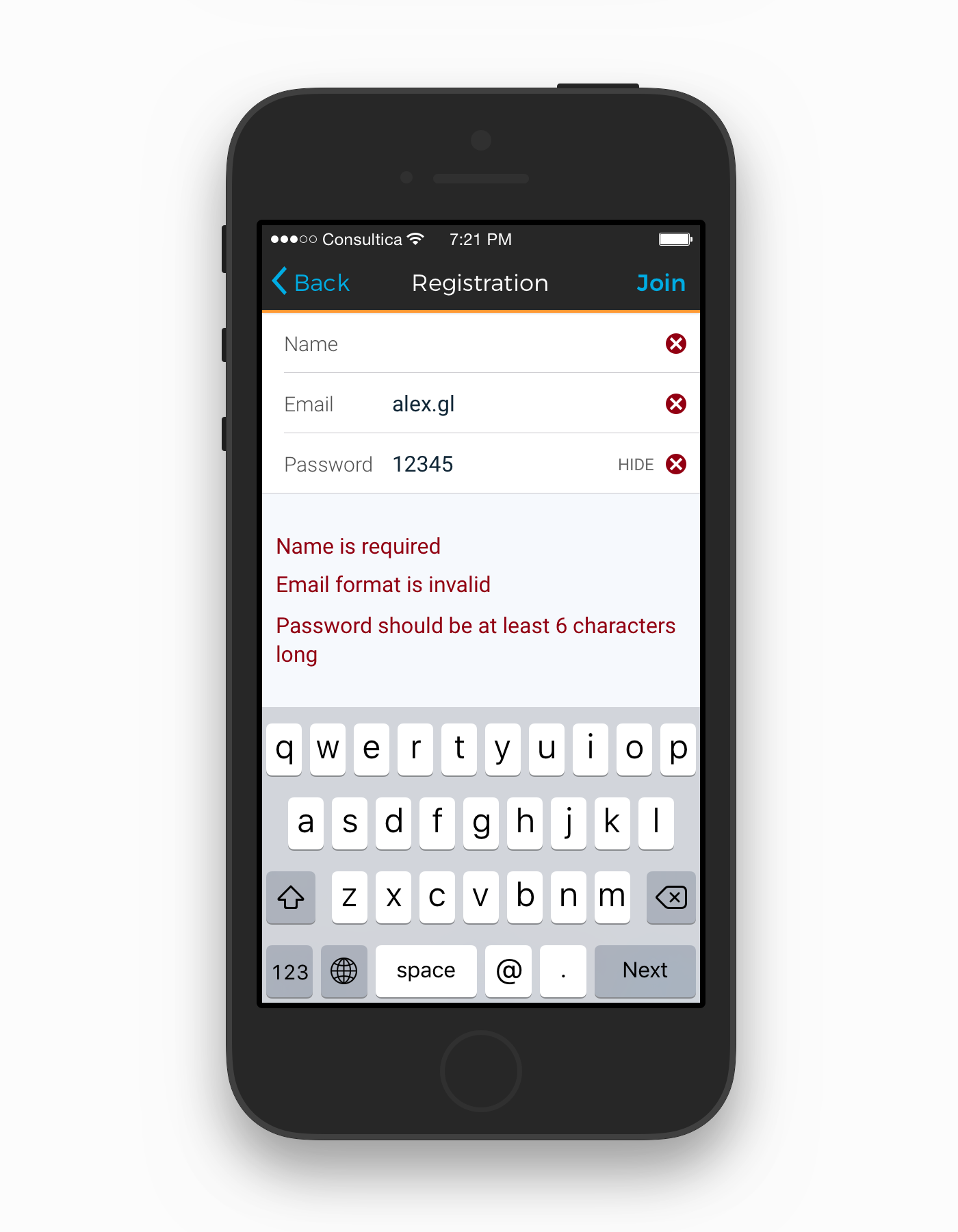 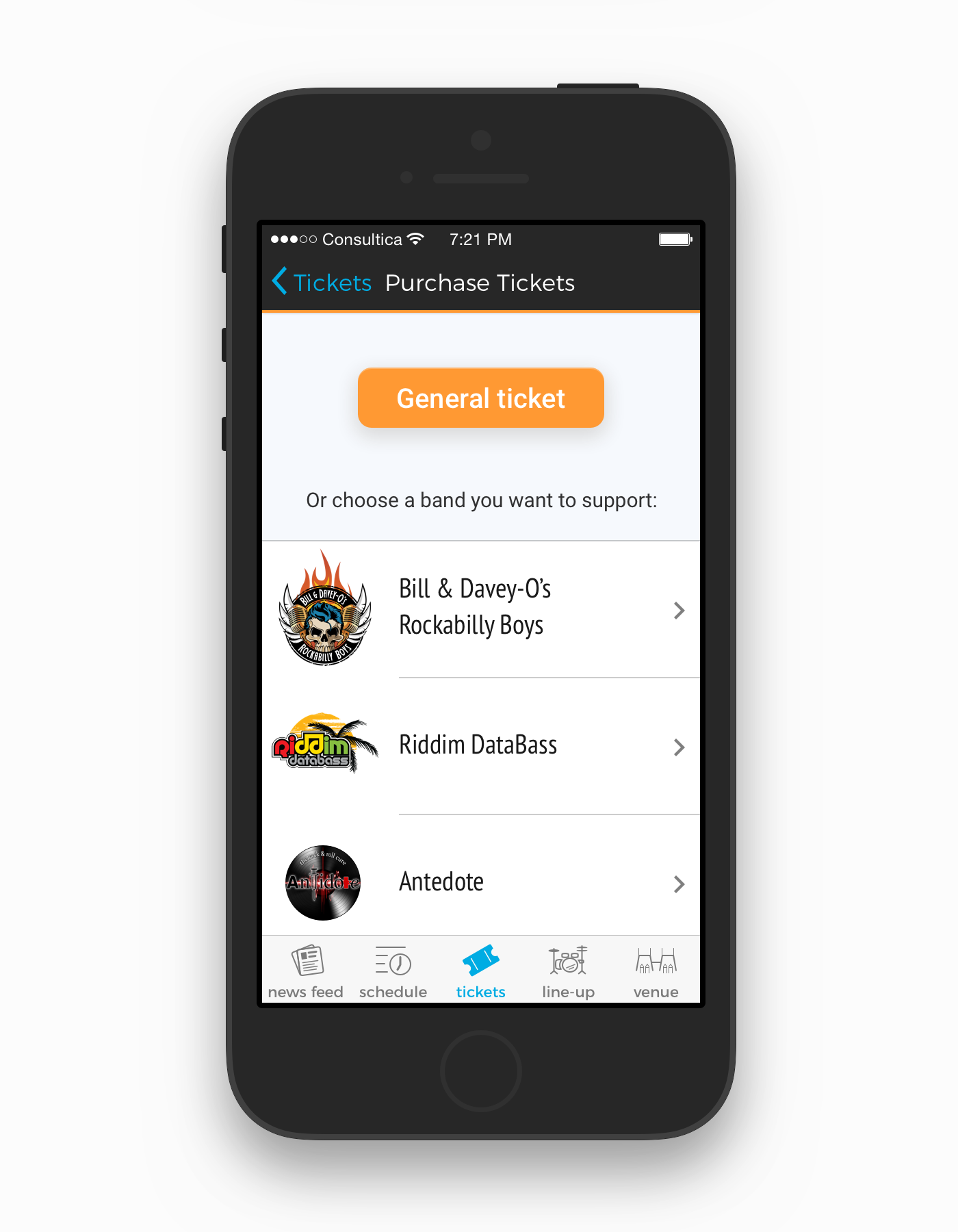 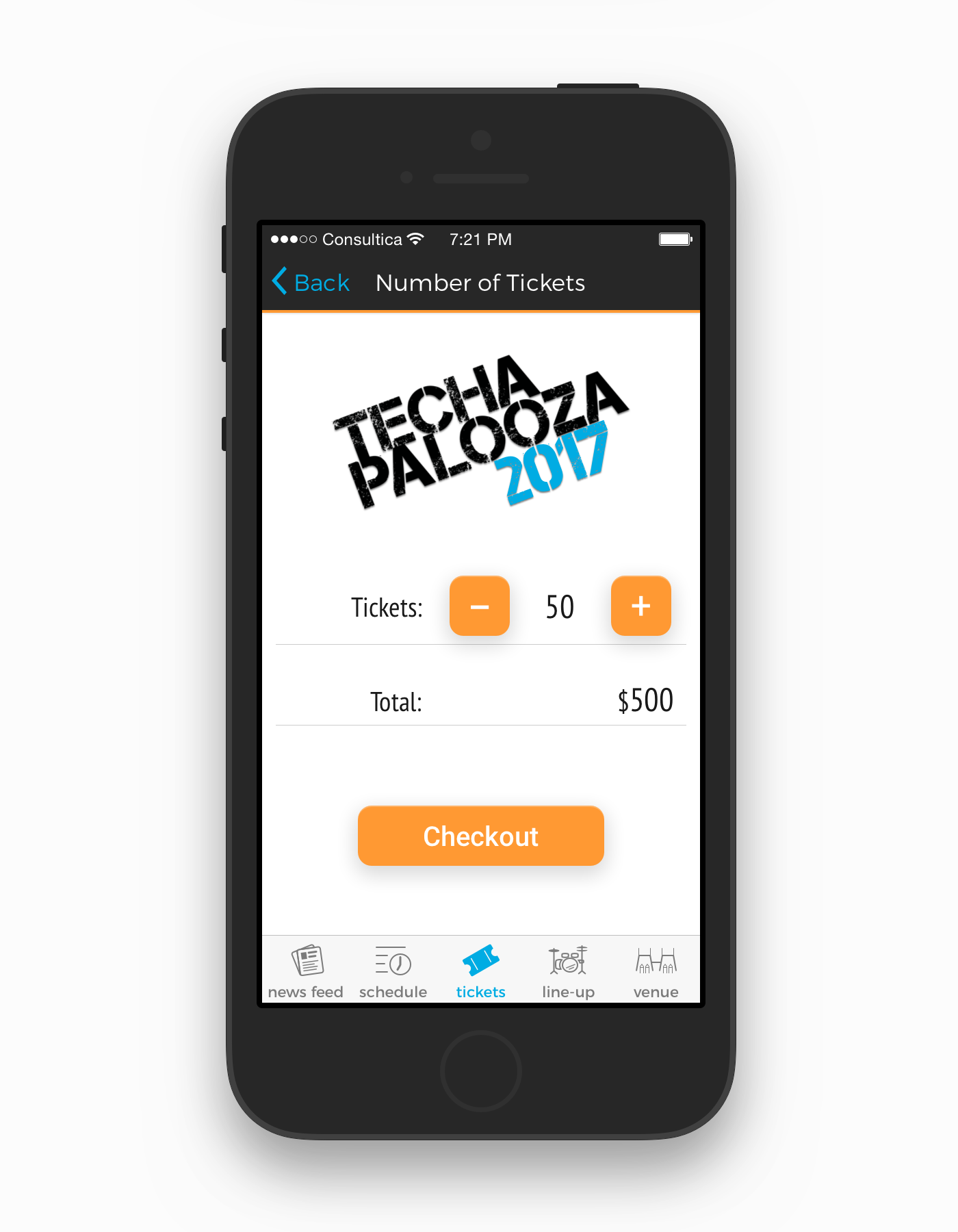 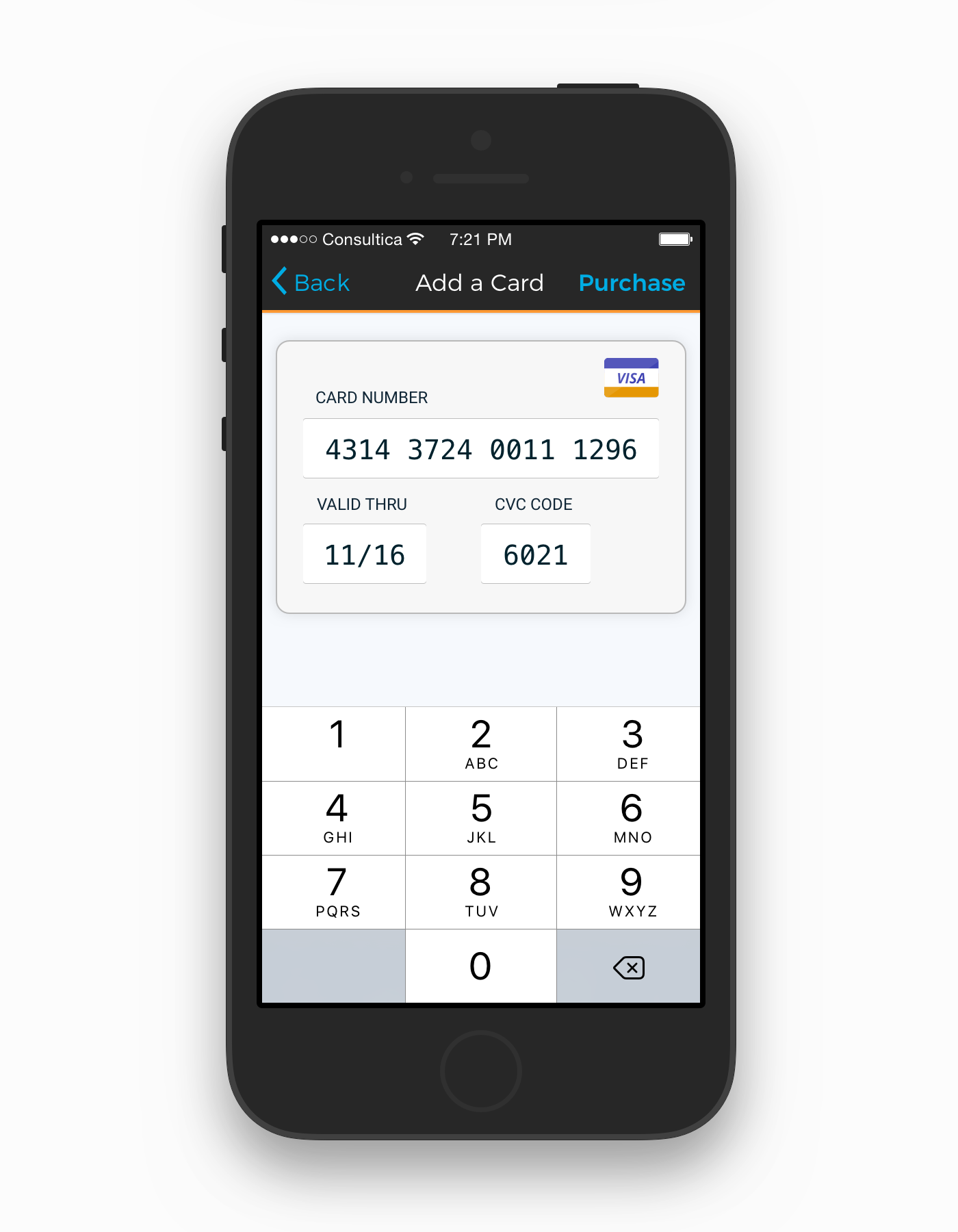 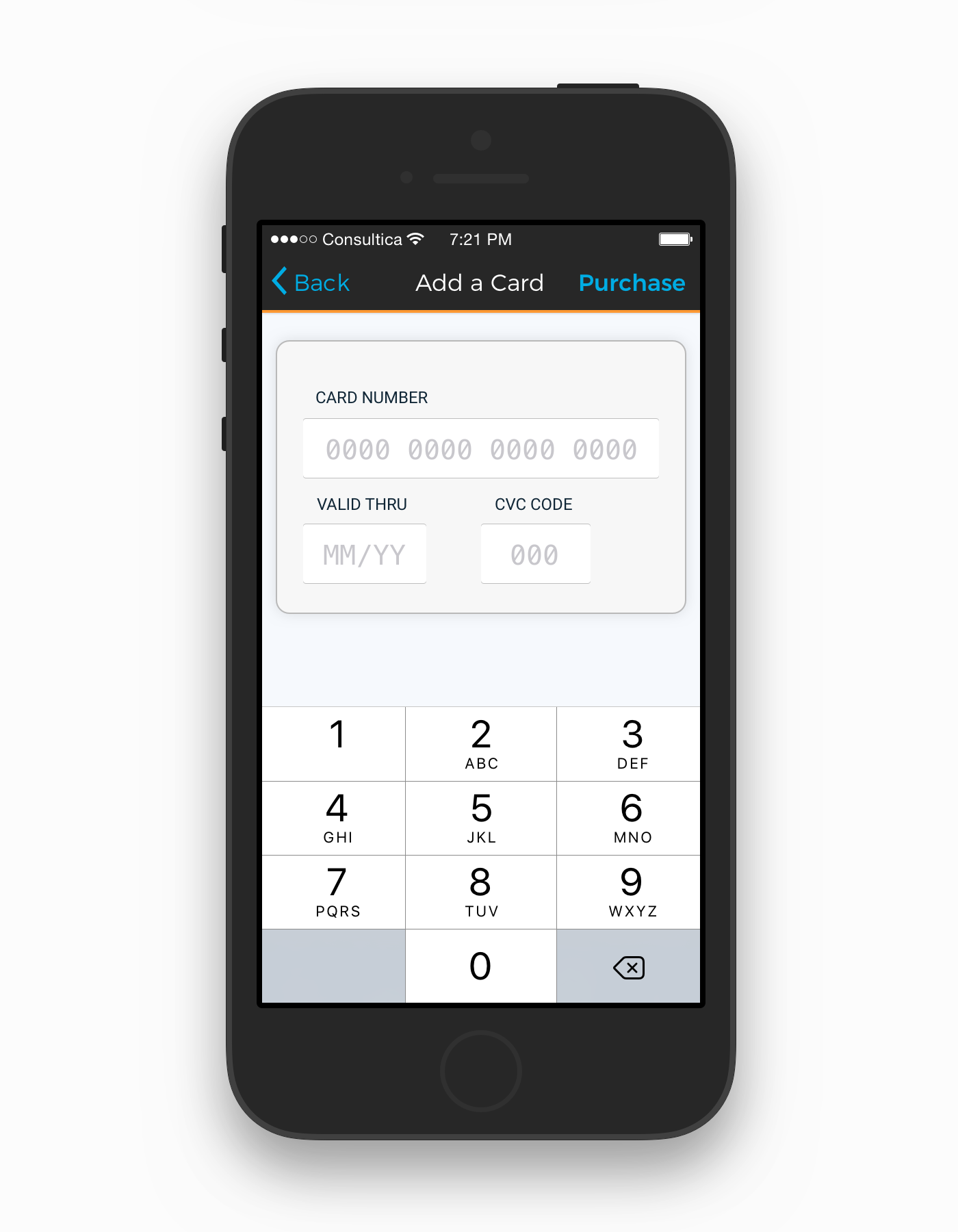 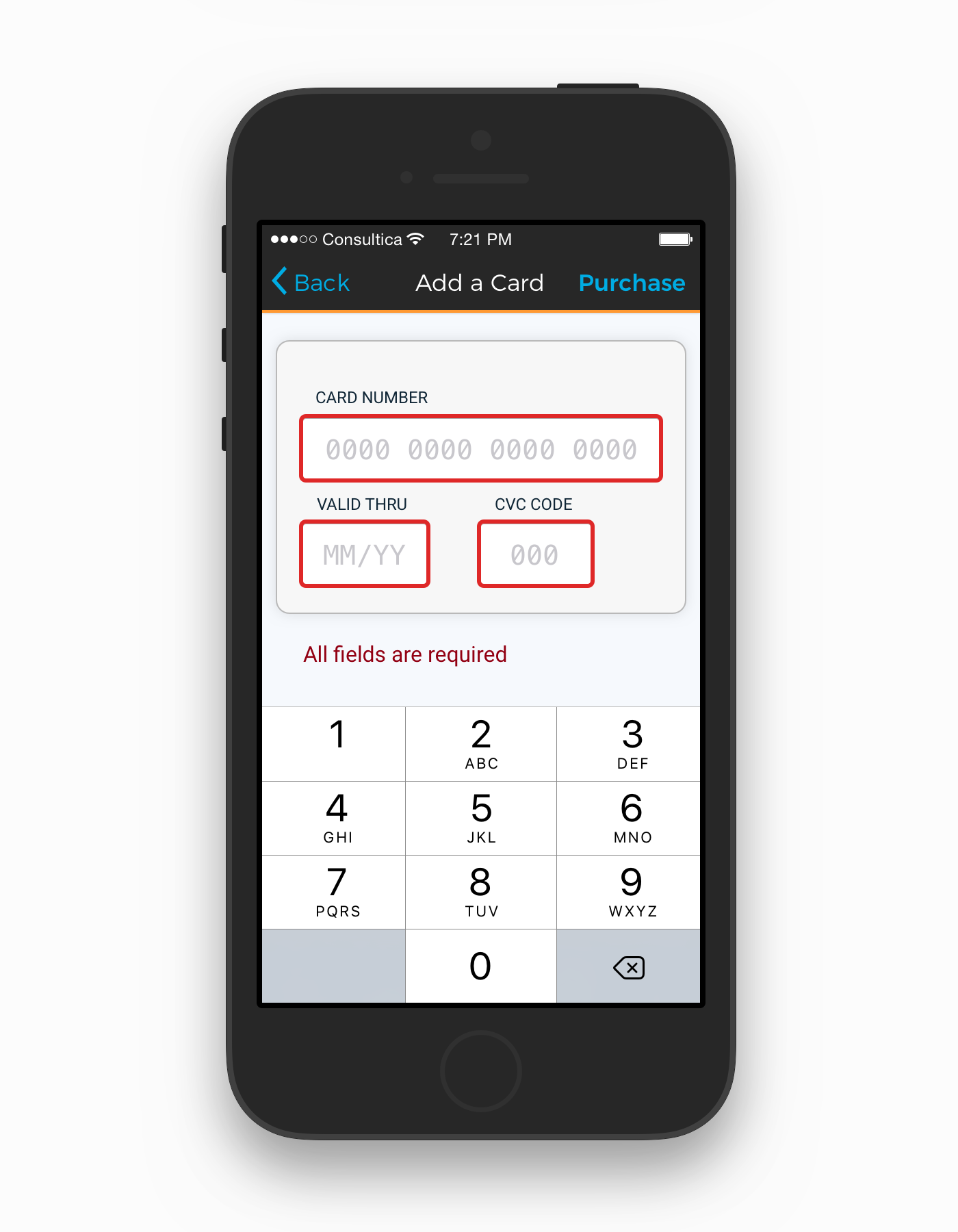 For news a simple chronological feed is used, articles longer than a couple of paragraphs have the button to read in full added. Schedule highlights the band that is on at the moment. Information about the bands is placed on the Line-up screen. Venue tab shows event location, can open map navigation and tell more about the organisers. 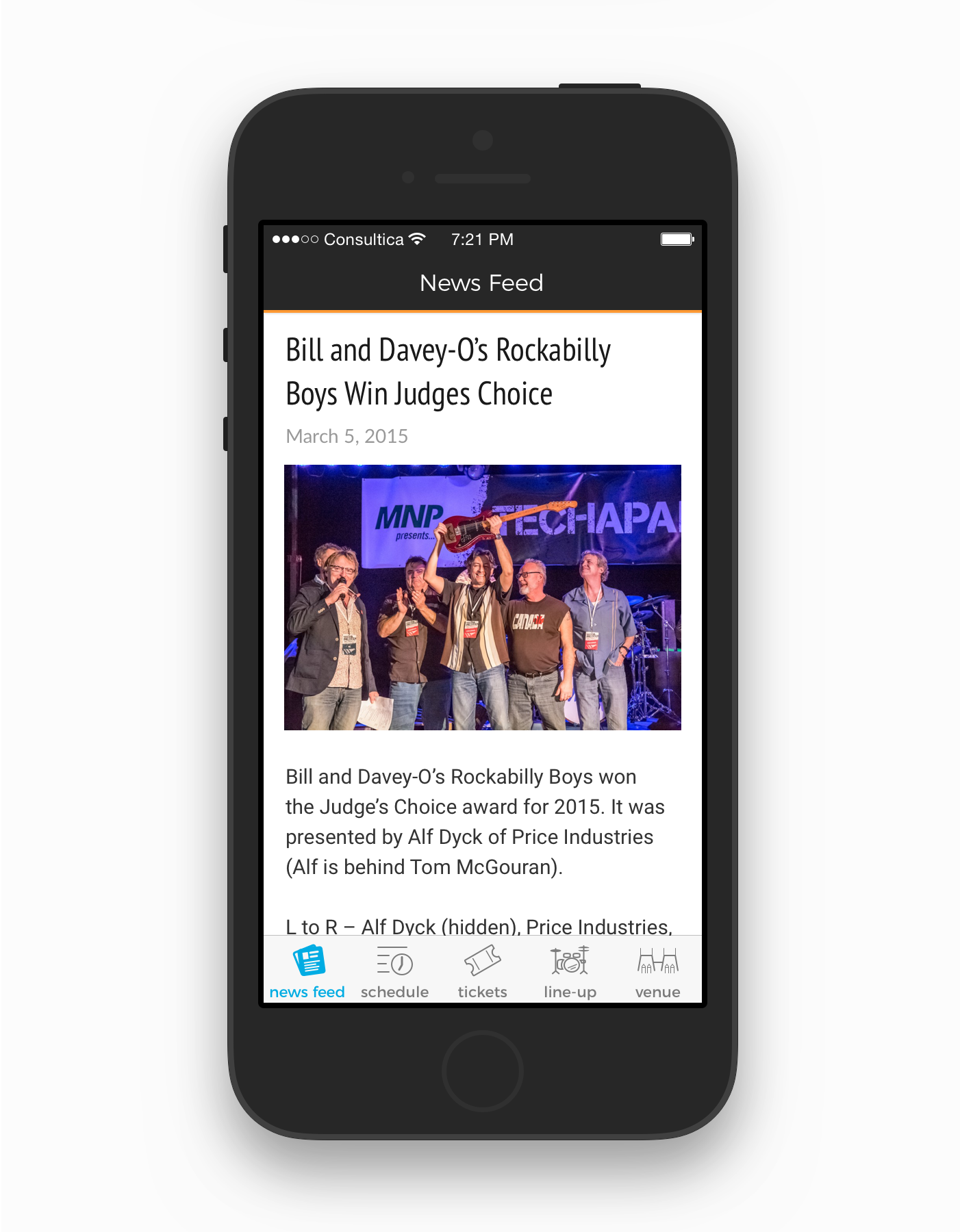 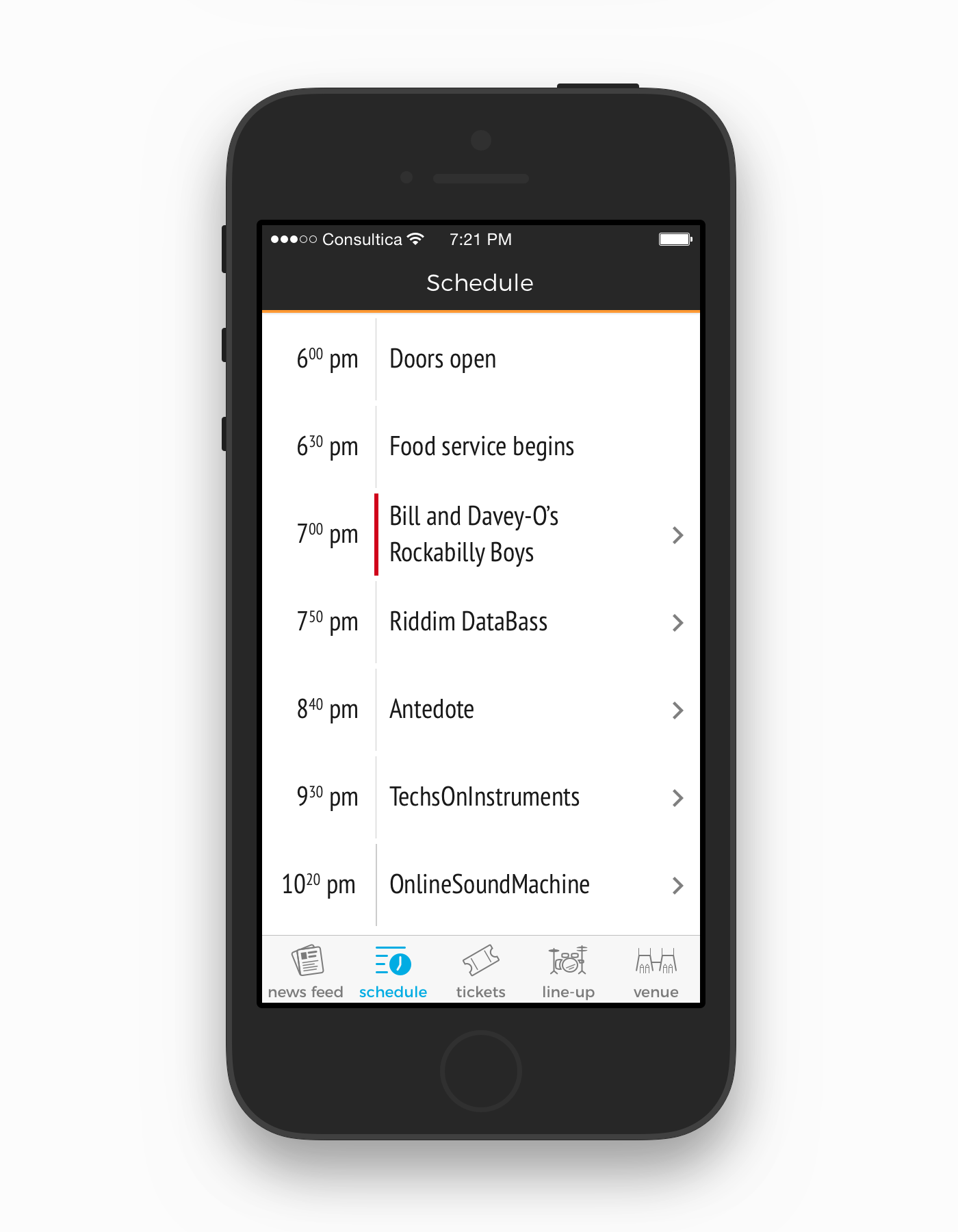 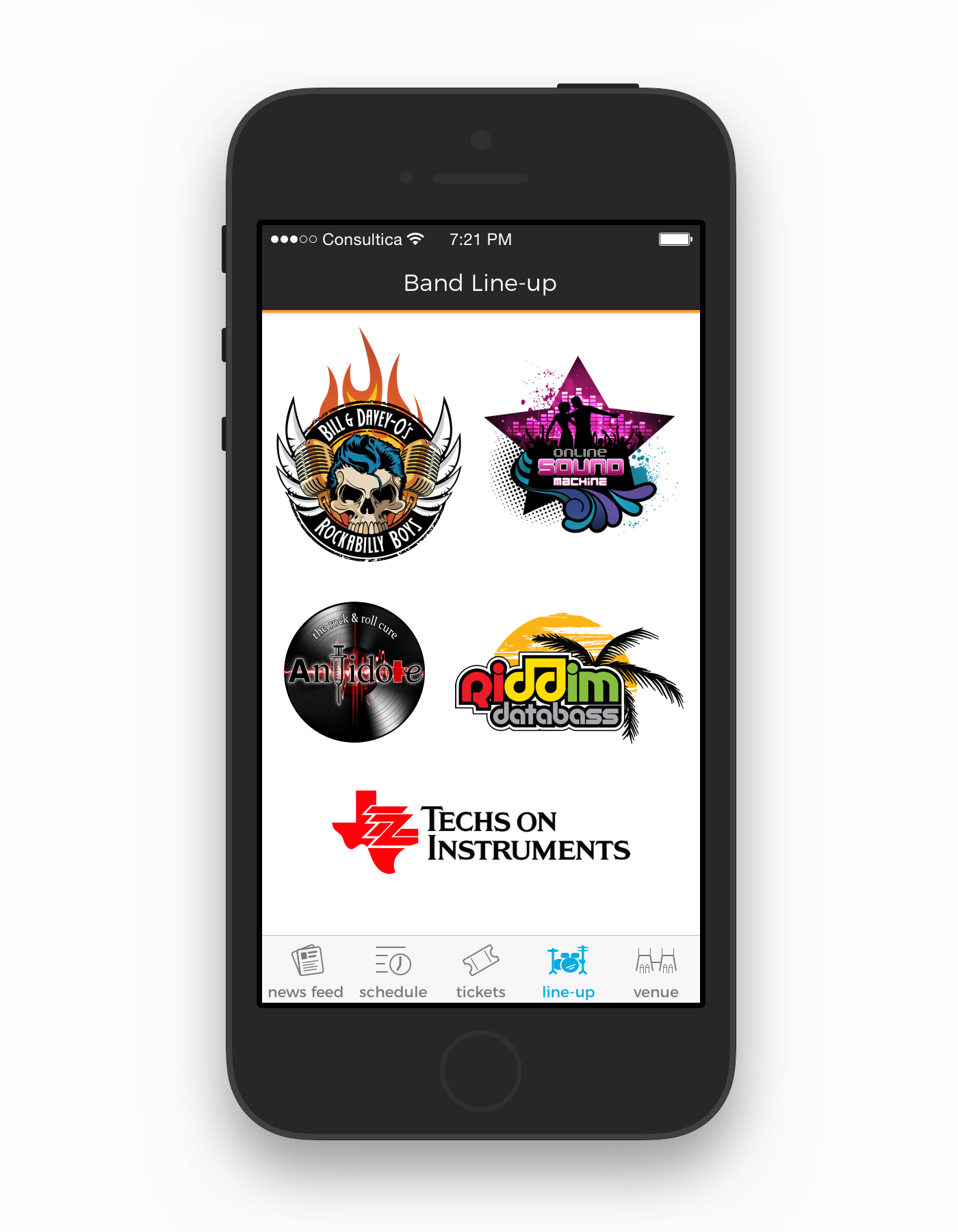 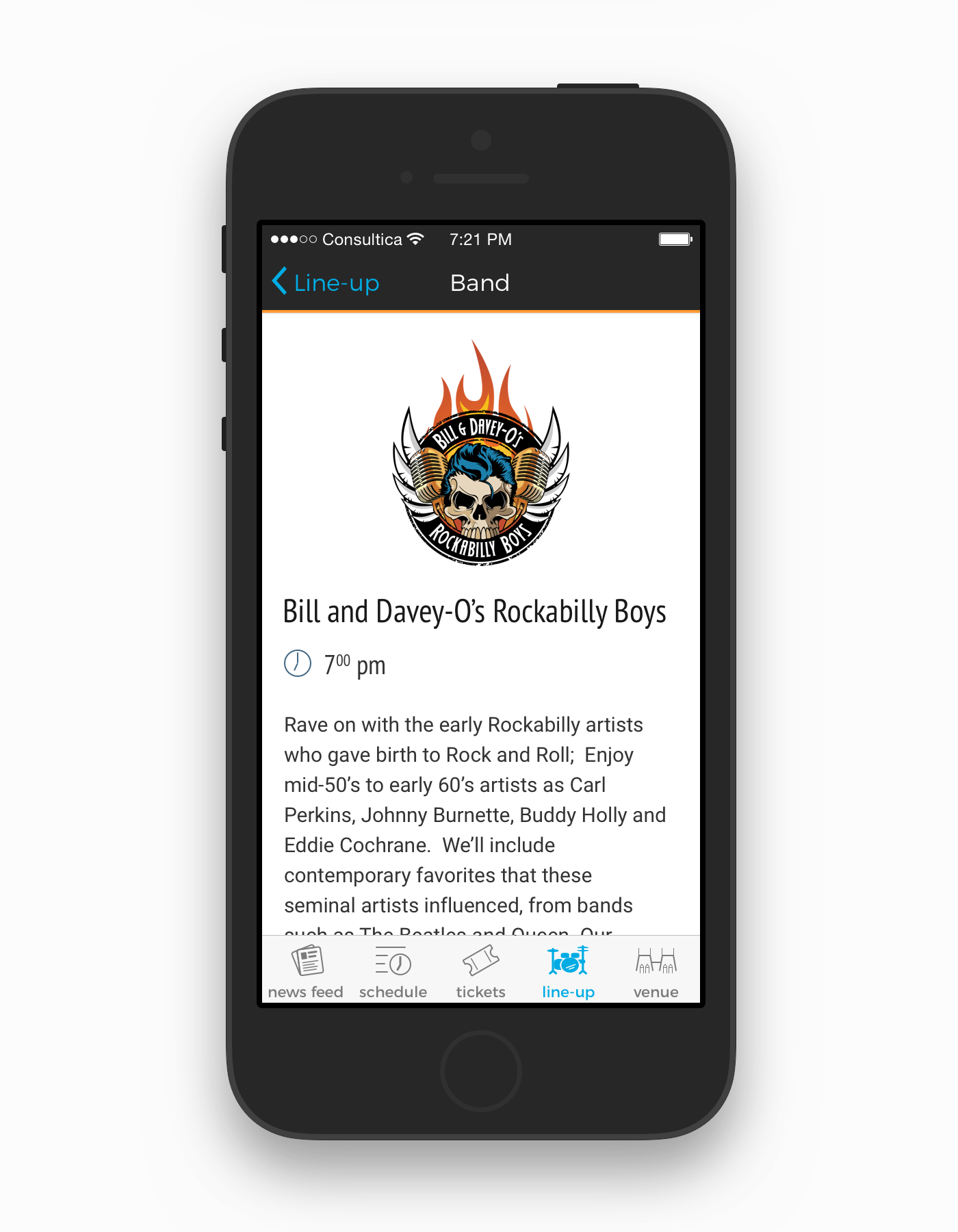 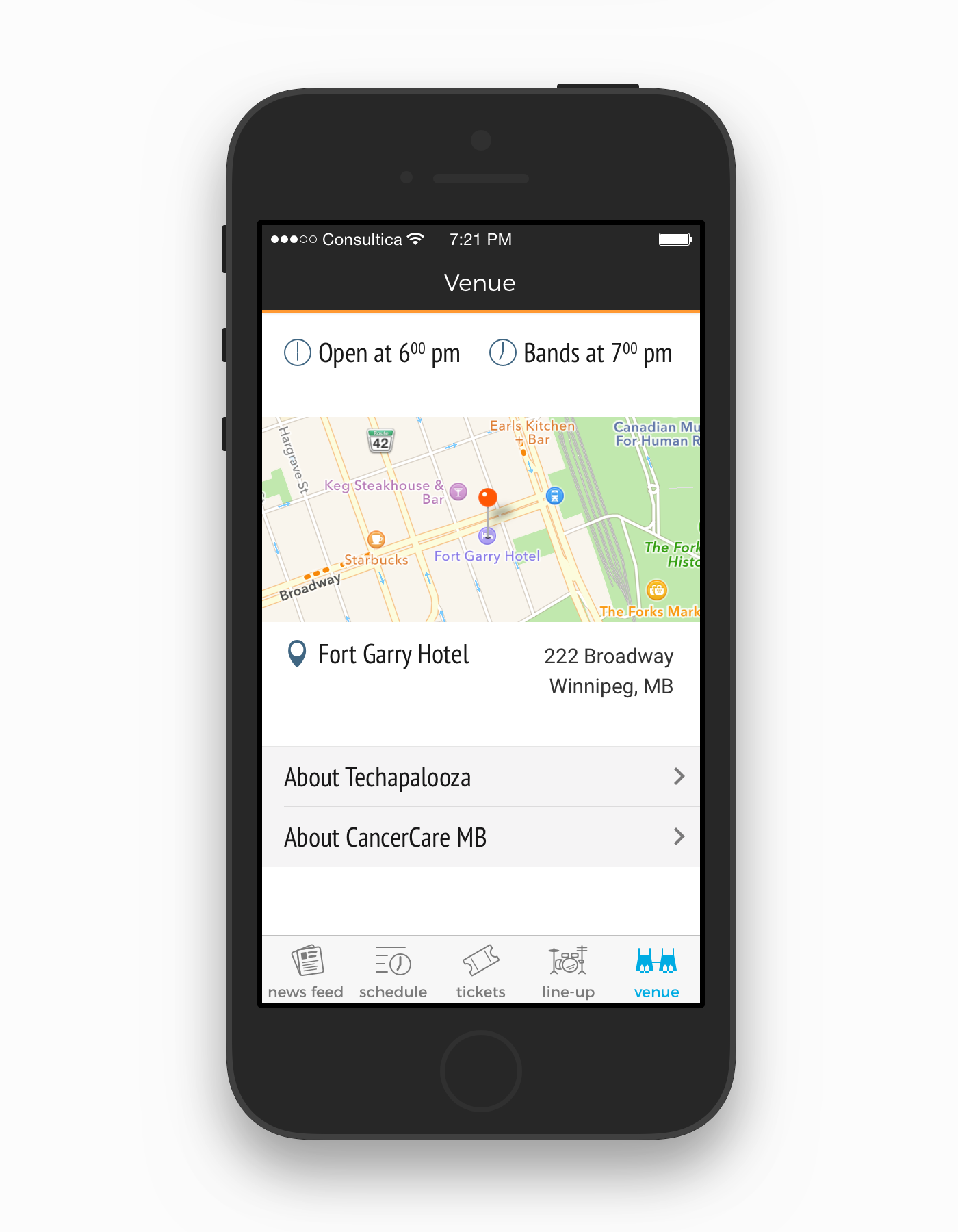 Each year featured a new app icon. Dozens of variants were discarded in search for the one that would stand out the most on the homescreen.

To edit content within the apps a simple dashboard was created that would allow folks from Techapalooza to publish news, add or remove bands that are participating in a given year and set up a schedule of the event. Also, two more features were added to help organisers in setting up promo codes and view results from the vote that happens during the concert. 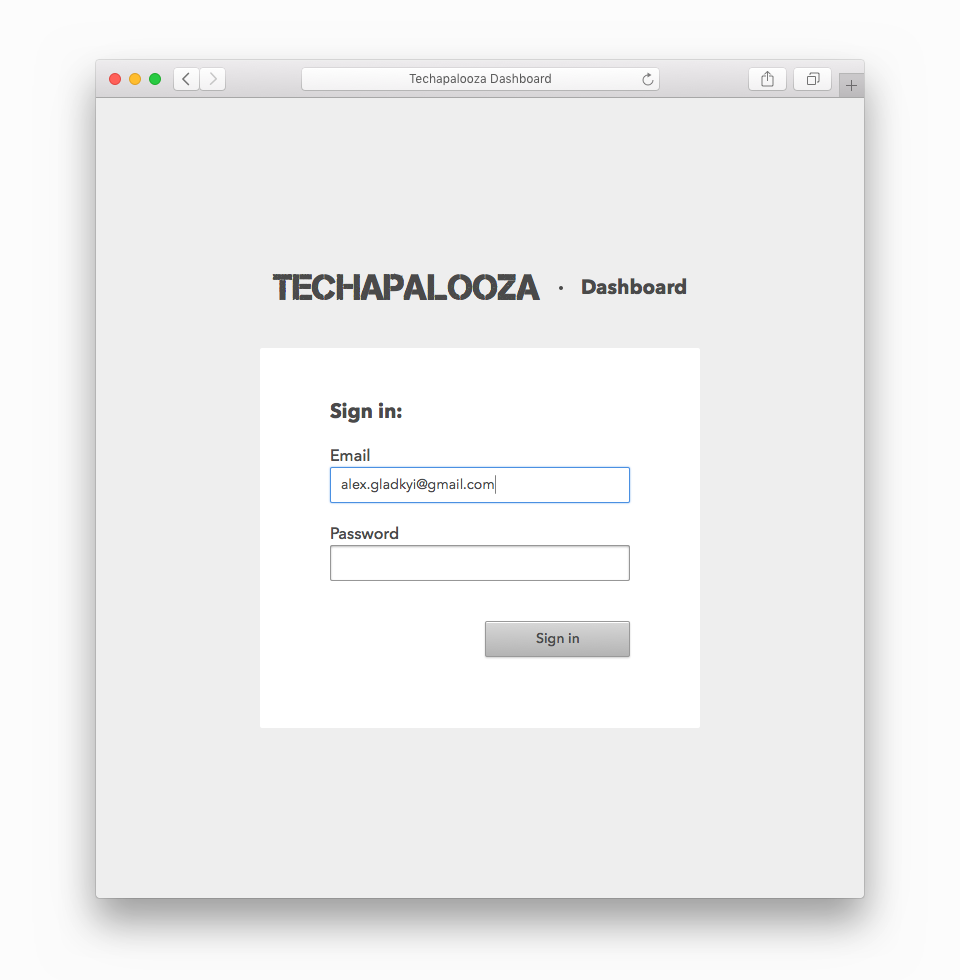 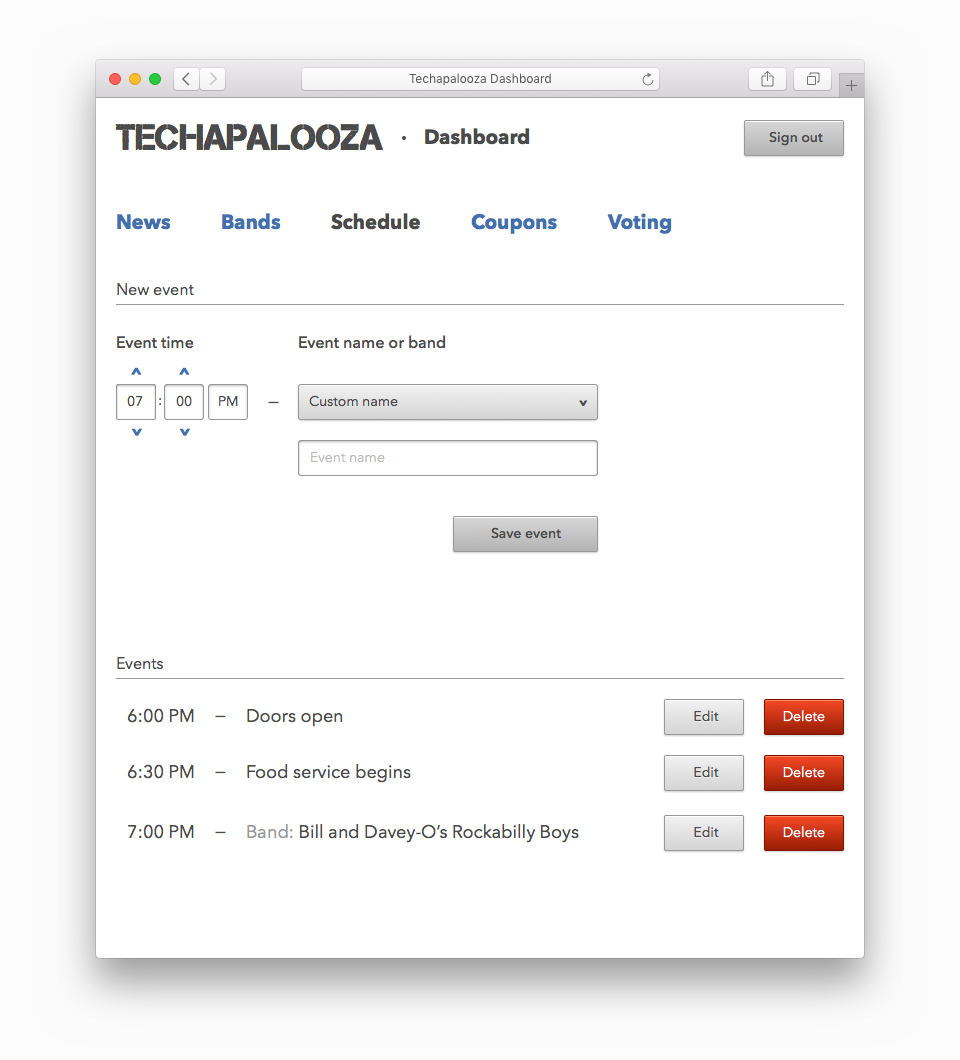 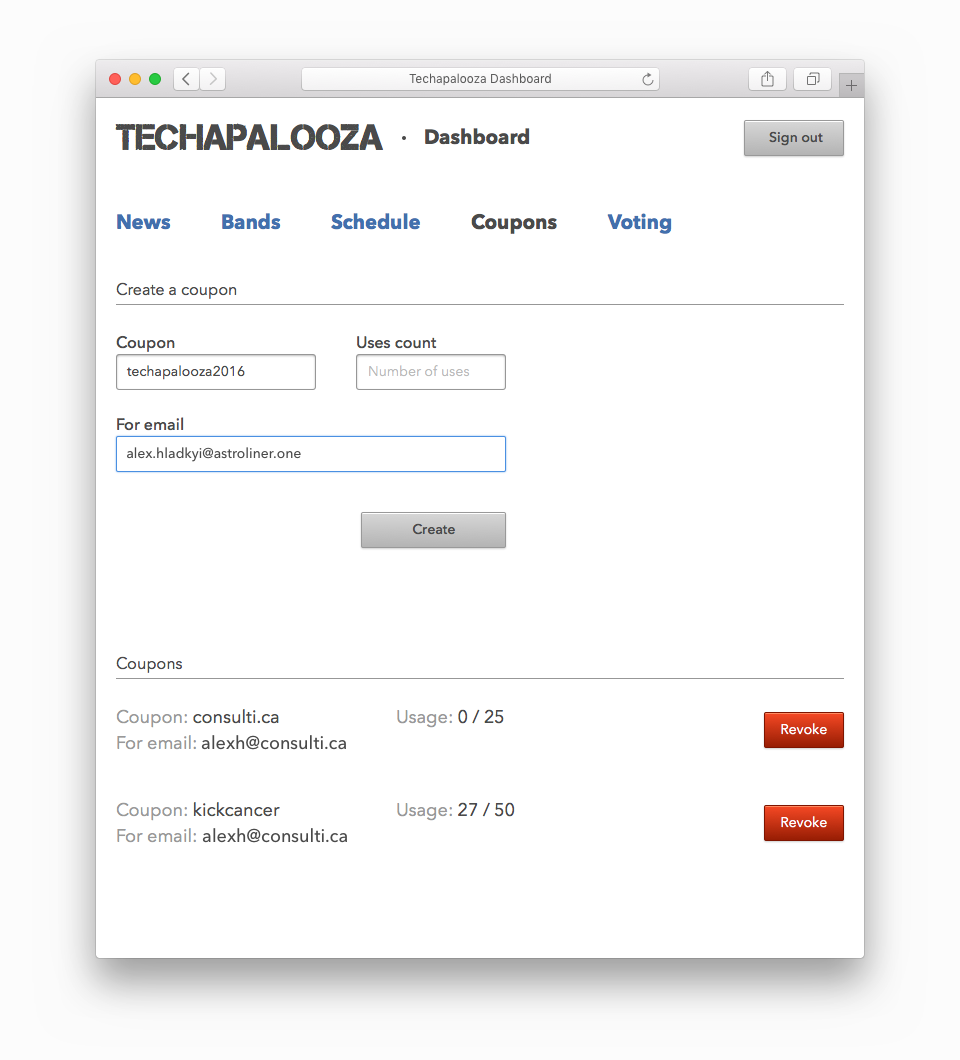 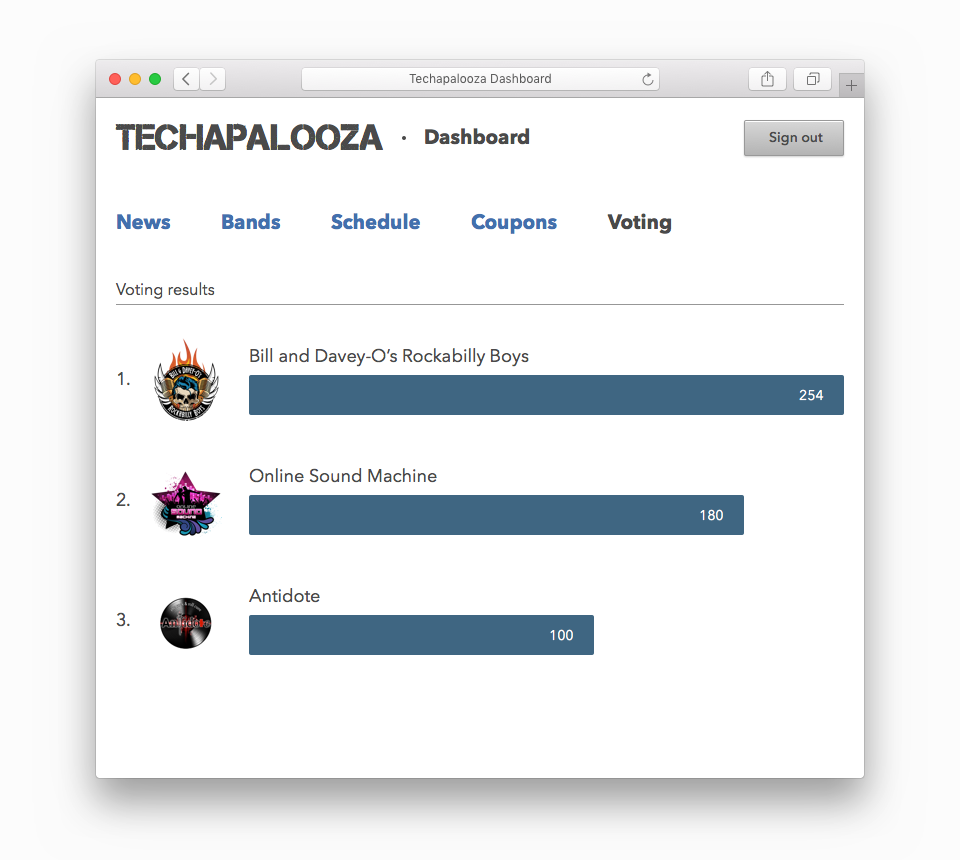 For those who couldn’t or didn't want to use the apps, a simple webpage was created could purchase the tickets for the event. Purchased tickets would then be sent to their mailbox. 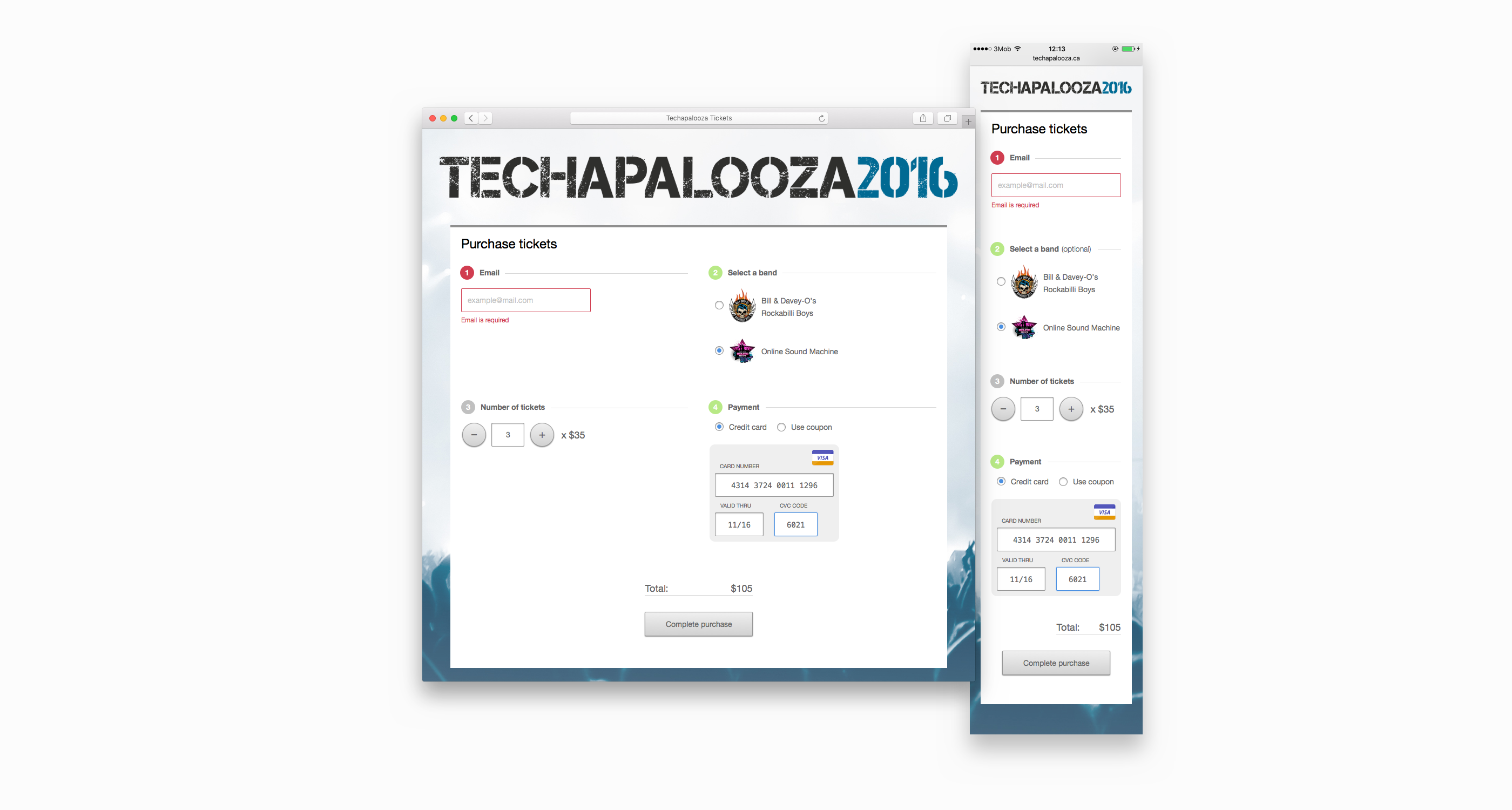 NEED A DESIGNER?
GET IN TOUCH.